As the Nova Mini Maker Faire came to a close, my demonstration print was far from done. I stopped the print, turned off and unplugged the machine, loaded the machine up into the trunk of my car, drove the 26 miles home (with a strategic stop by Burger King for some yummy yummy Chicken Fries), and set the machine back up at home. A week later, I was ready to start printing again and I wanted to start where I left off. I was able to do so with my trusy MakerGear M2 and Simplify3D. Here’s how!

Homing the Axes
Before I could resume printing, I needed to rehome all my axes so my nozzle had all its bearings, particularly the tricky Z axis. In this case, my print was not very high, so under the Machine Control Panel in Simplify3D, I was able to move the bed around to a good spot for me to hit Home Z without my print hitting the nozzle or the X axis support bar. 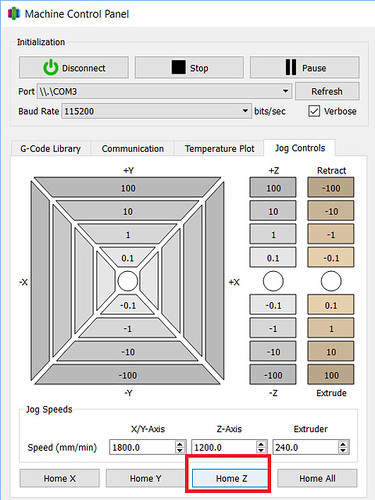 Homing the Z axis can be trickier with taller prints. Since the MakerGear M2 set its Z-Endstop with a bolt on the side of the bed and it has a removable glass bed, I do have a little “hack”. When resuming taller prints, I remove the glass bed, home all the axes and then replace the bed. Sometimes there is a slight variation with the positioning of the print, but so far it has not been very noticeable in my final prints.

Where to Restart
I know, I know. There are downsides to printing via the USB cable. An upside though– in Simplify3D, you have a continuous update of exactly where the nozzle is, most notably how high it is in the Z axis. In the case of my Maker Faire print, I was the one that stopped the print, so I was able to note and record the exact Z position I stopped off at. That meant I knew exactly what height I wanted to restart the print at. 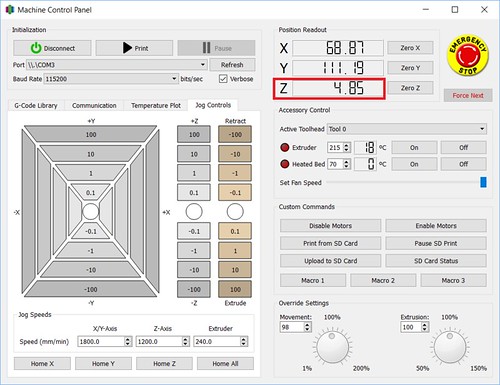 Sometimes I don’t have that kind of information at my disposal. The other week, I had a filament tangle. I returned to my print to find the printer had been printing nothing for who knows how long. In those cases, I use the Jog Controls tab in the Machine Control Panel to do some sleuthing:

I start with my nozzle way above the print and I lower the Z position until I get close. The closer I get, the smaller the increments I move down, until I am using the -0.1 Z button. When I feel I am pretty much there, I pick an inconspicuous spot on the print and move the nozzle on top of it to make sure the nozzle is just barely above my print. I have found that sometimes touch is easier than sight, so I use a handy dandy business card to gauge the distance. Once I’m satisfied, I only have to refer to the positioning information in Simplify3D to get my Z startng point.

Resuming the Print
Next I tell Simplify3D where it needs to start printing. I do that under the Advanced tab and setting the Start Printing At Height setting. 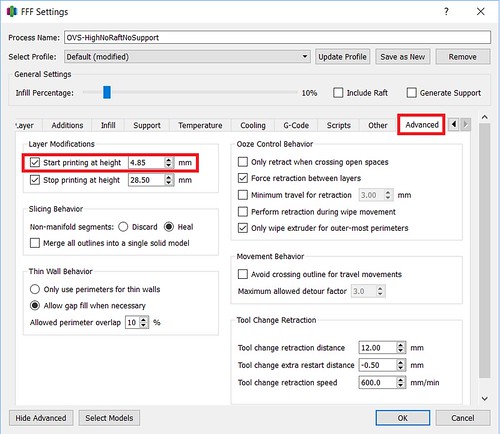 Finally, I need to give attention to my Starting Script in the Scripts tab. There are steps in the normal start up script I do not want to run. For example, I don’t want to home my axes (G28;)– I already did that manually.  And depending on the object and its positioning on the bed, I may opt to alter other steps that may cause the nozzle to collide with my print. In the case of my Maker Faire print, I made some slight adjustments to the script that has the nozzle go off to the side of the bed to ooze some filament before beginning. I still wanted to do that, but I wanted to make sure the nozzle lifted up high enough (G1 Z10;) to safely cross over my object. 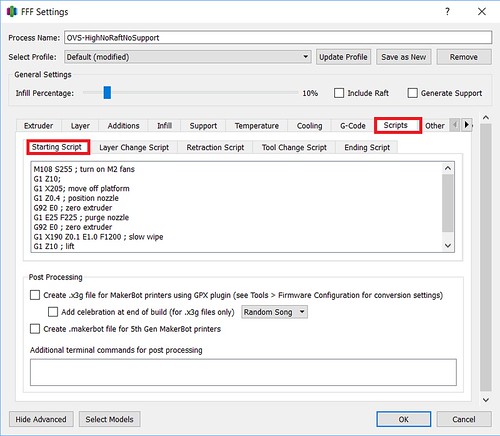 My normal Starting Script went from:

Of course, your mileage may vary, but hopefully some of this information translates or inspires a technique that works with your printer and slicer. Happy Printing!

Greetings All! Another busy, busy week preparing for the Occoquan Fall Arts and Craft Show. Here’s what I’ve been up to.

Achievement Unlocked – First Injury???
And….. I suffered my first 3D Printing injury. You know how I was reveling in the benefits of printing on the painter’s tape? One of the “perks” is the items stick so well to the tape, I need to use a scraper to get them off. I like to consider myself typically a smart individual, but Tuesday I made a very un-smart decision as to where I placed my thumb. I sliced right into it. 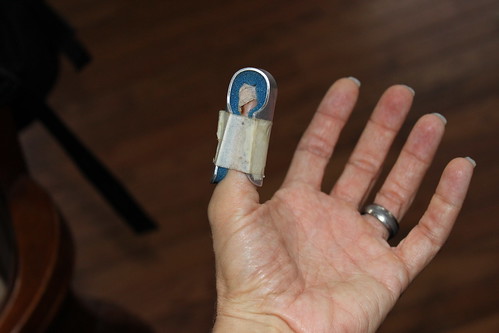 Good news– I didn’t get stitches (I used to verb “get” instead of “need”– because it was borderline).
Bad news– it is steri-stripped and all wrapped up to keep immobile.
Good news- now my Mom, my four year old ad my husband get to do raft removal. Muahaha : ) 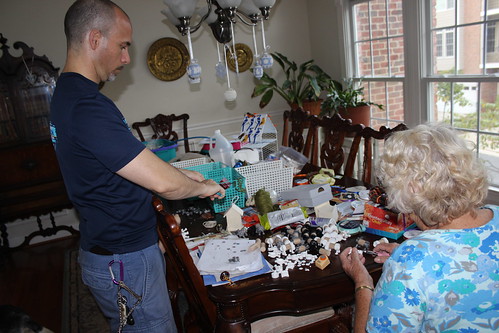 Cooling Fan
Eight days ago, I had a victory when I replaced my 50mm Cooling Fan. I know, that’s not normally a victory, but you have to keep in mind that I am a software person. Anything remotely hardware related is an immediate victory for me.

That cooling fan was perfect for 8 days. Then yesterday some filament fell into it… again… and snapped a blade…again.

I’m officially adding M107 to all my ending GCodes.

Cork Puppy Licensed!
I heard back from Thingiverse Designer EHM and she gave me permission to sell the Cork Puppy at the Craft Show! This week, we’ve printed a mini army of Cork Puppies.

Cork Kitty
To compliment the Cork Puppy, I designed a little Cork Kitty. I tried to match Designer EHM’s style for the puppy. My two year old instantly pointed and said “Cat”, so it seems I was successful in making the species of domestic animal identifiable. At least to two year olds. : ) 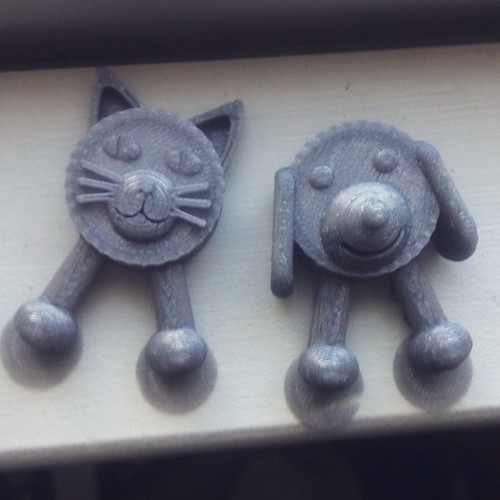 First Etsy Sale!
Holy crap, Internet. I already had my first Etsy sale. I wasn’t going to promote my shop until October. I haven’t even told my closest girlfriend that my shop is up. But someone found me and bought something! AND they left the most amazing review. 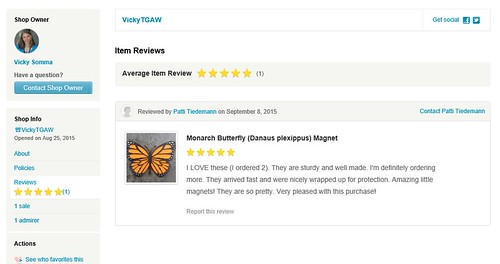 This is very different from my listings on Shapeways where you often have to actively promote to get the word out. Tracy Hazzard from HazzDesign had mentioned to me a while back that Etsy is a buying platform and people know to go there when they are shopping, whereas they may not necessarily think to go over to Shapeways. My experience so far, seems to support her claim.